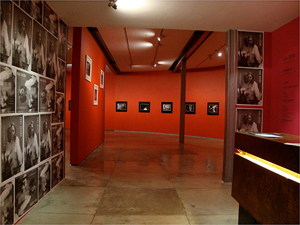 The solo exhibition of the  Paris Autumn project transformed each gallery space into a movie theatre experience, where the film was screened in a curtained space while stills, portraits, posters and lobby cards created around the film were shown on walls painted with different shades of red. 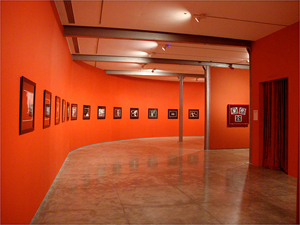 Paris Autumn is a work of fiction in the style of a gothic thriller, which tells the story of the artist’s stay in Paris in the autumn of 2005. While she rents a room in one of the oldest streets in the Marais, strange happenings begin to occur. It was then she realises she is living in the outhouses of the mansion that had once belonged to Gabrielle d’Estrées, King Henri IV’s favourite, who died, poisoned no doubt, at the age of twenty-six just as she was about to marry the king.

From that moment on, Pushpamala had to find out about this woman who had come to such a tragic end. Pushpamala’s quest begins at the Louvre, opposite The Fortune Teller by Caravaggio and continues in the kitsch atmosphere of the Chapelle des Petits-Augustine. The action takes place at various points throughout Paris that Pushpamala, stroller and detective graced with the gift of ubiquity, assembles into a strange map with Haussmannian perspectives, where the Eiffel Tower and cafés follow images of urban violence. Pushpamala seems to read the world like a “complex and stratified, open and enigmatic” literary work that she makes up as she weaves her way through a mysterious urban territory where, right down to the flow of the images, we find the “halting” nature of the City according to Benjamin, like a succession of paintings put together with brushstrokes. Bernard Zürcher 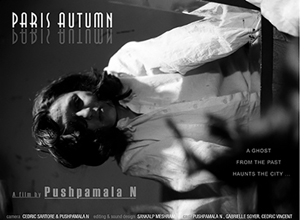 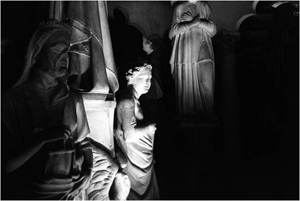 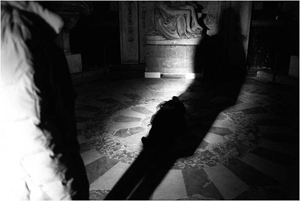 Paris Autumn Stills/ The Ghost in the Chapel 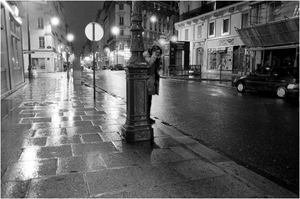 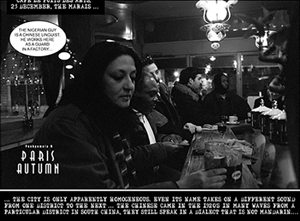 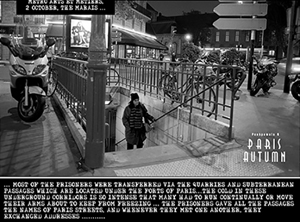 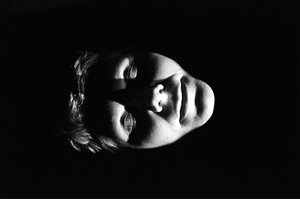 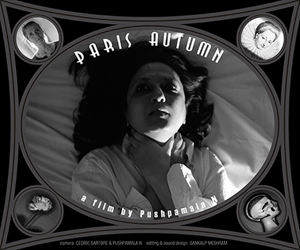 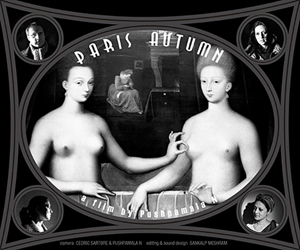 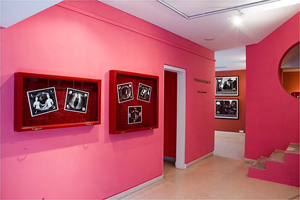 Installation view of The Lobby Cards which were pinned in velvet lined red wooden boxes in groups. 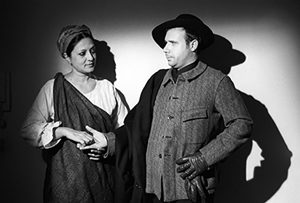