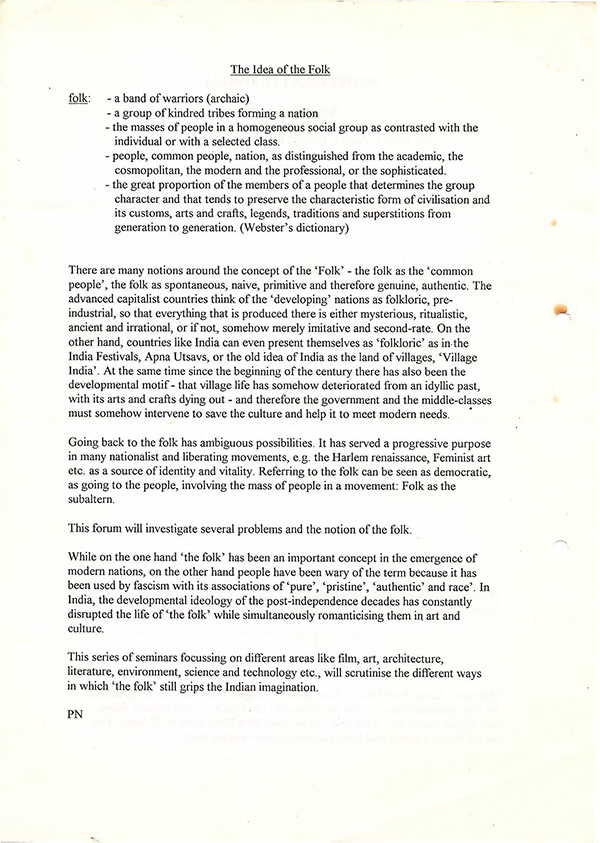 The Idea of the Folk

a series of seminars curated by Pushpamala N

In the Artists Studio, Bangalore

In the years 1998 and 1999, when she had just moved to her studio in Bangalore, the artist curated and organized a series of seminars around ‘The Idea of the Folk’ under her fictitious institution ‘Somberikatte’ or ‘Idler’s Platform’. Each seminar which took place on a Sunday afternoon in her studio had a panel of 3 distinguished speakers and lively discussions. 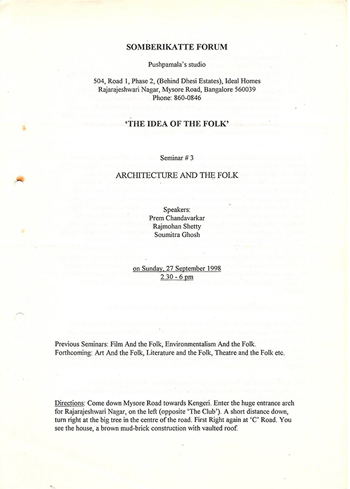