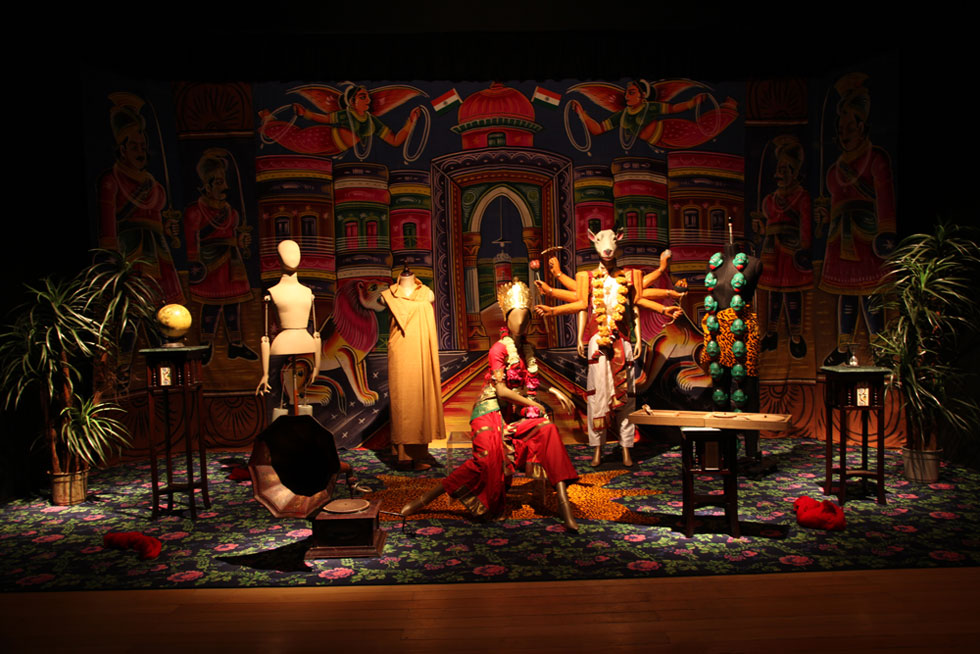 Motherland: Where Angels Fear to Tread

This is a tableau which could be the backstage, the green room, the museum diorama, or archive-in-process of images of Mother India. Since the creation of the idea of Mother India in the late 19th century, at the beginning of the nationalist movement, there have been many different representations of India personified as the goddess Kali, as the Cow, as Durga, or as the mendicant sadhu figure created by Abanindranath Tagore, to name some of them. The work looks at this history as the rehearsal theatre of a nation, of national formation…