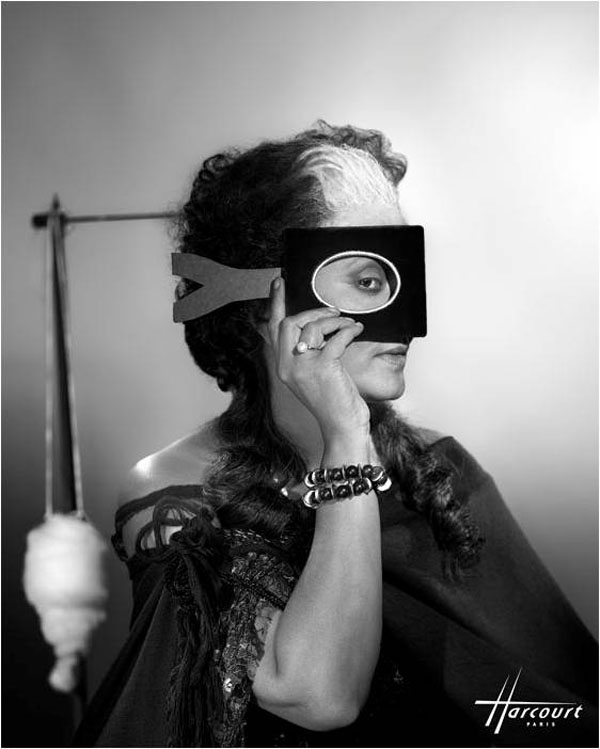 In collaboration with Studio Harcourt Paris

Commissioned by the Centre Georges Pompidou Paris, for the show Paris- Delhi- Bombay

The artist chose to recreate and perform in three 19th century images from French history to talk about the place of women in French society. While Delacroix’s ‘Liberty’ is an iconic painting about the French Revolution, Ingres Orientalist painting of a hamam scene, beloved of French painters,  brings up the history of colonial domination. In the strongly patriarchal French society there were powerful women who were royal mistresses, like the Countess Castiglione, the mistress of Napoleon III, who worked as diplomat and spy for the court.

(after 19c photograph of Countess Castiglione by Pierson) 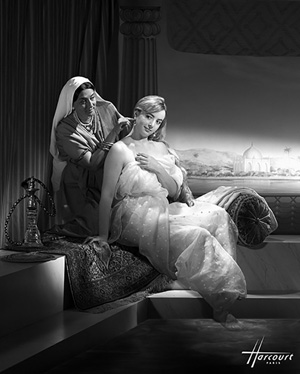 The Slave and her Slave

(after 19c French print based on Ingres painting) 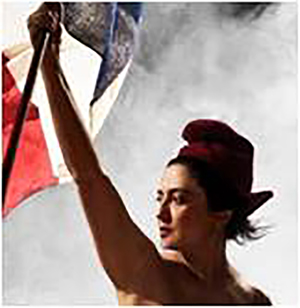