Commissioned by Majlis for the project ‘Cinema City’.
Set of 21 colour  photographs
Archival inkjet prints
Each 20 in x 30 in, Few singles 30 x 40 in
Edition of 6 each

View slide show on the left

From 1996 to ’98, Pushpamala created Phantom Lady or Kismet, the artist’s first “photo-performance” work comprised of 25 black-and-white prints. Billed as a Photo Romance and shot in the film noir style, the thriller starred Pushpamala as not only the Phantom Lady but also her doppelganger, the lost twin sister The Vamp. The work acquired a cult status and has been exhibited all over the world, prompting the artist to create its sequel.

In The Return of the Phantom Lady (Sinful City), a set of 21 color photographs, The Phantom Lady gets caught again in a dark web of murder, intrigue and foul play in contemporary Mumbai. While rescuing an orphaned schoolgirl, she runs into the underworld and their land grab operations, which stop at nothing. Turning investigator, she tracks the mystery, following and being chased through the principal sites of their evil operations . Shot in seductively rich colours in various cinematic sites of the city, recalling the rich baroque tones  of movie halls, the peeling interiors of dingy offices and slums,  and the acid tones of cheap crime thriller covers, the drama unfolds as the city is mapped through the contested sites of its historical film theatres, new glass faced office blocks and shanty businesses, with layers of cinematic references. 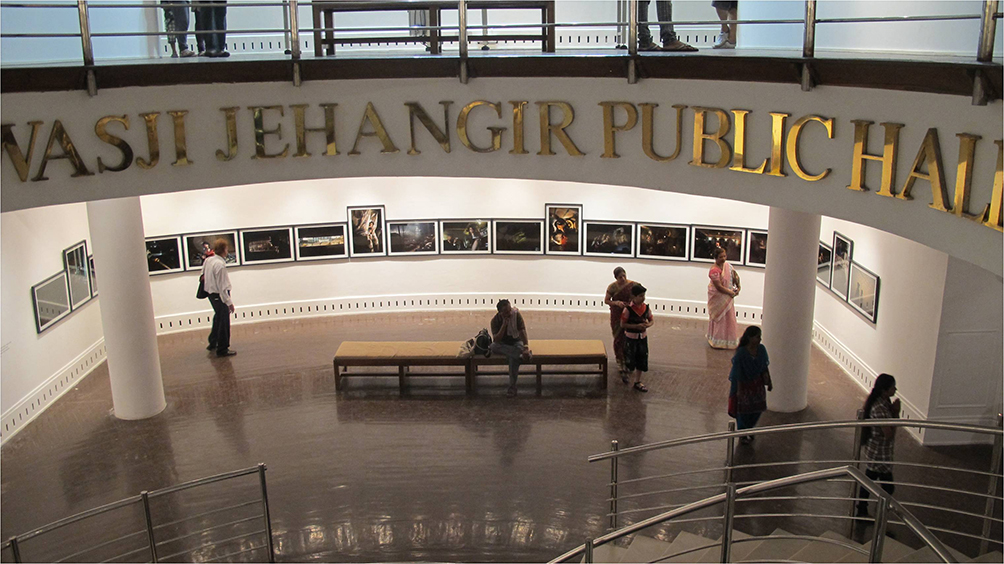